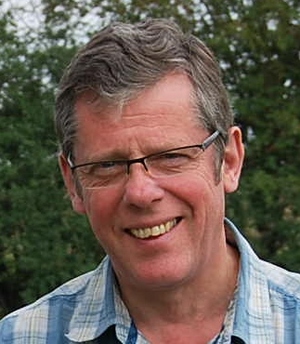 My interest in painting started at school where exhibits at the local Slough Arts Festival encouraged me to choose Art as one of my A Level subjects where I achieved an A Grade Distinction. Sadly the realities of Grammar School life steered me away from Art College - but since then my fascination with cars ( that started much earlier with ‘car car’ allegedly being one of my first words - along with a strong memory of a Morris 1000’s rasping exhaust note as it changed down!) helped me create over 500 car paintings to date.

I’ve been a Member of the Guild of Motoring Artists for 20 years and have exhibited with them in the USA, throughout the UK at Beaulieu, Brooklands, Silverstone, Donington Park, Coventry Midland Motor Museum, Gaydon BMIHT Heritage Motor Centre together with shows at the NEC and Alexandra Palace.

I’ve played an active role in developing and running The Guild of Motoring Artists since 1996 becoming their Administrator, then elected to Chairman from 1998 until the end of 2007.

I was runner up in an ‘Autocar’ competition to design a modern MG in 1985, produced various works for ‘Enjoying MG’, other designs and logos including the Guild’s, the 1992 Christies International Historic Festival Programme front cover and assorted material.

I was a runner up in the 2000 Grand Prix Sportique Motoring Art Competition.

Other commissions have come from the commercial world.

Since moving to Olney over 12 years ago I’ve produced a large number of local scenes – often with a motoring twist. Many have been commissioned works, including presents, retirement gifts or mementos of Olney life. Over the last few years I’ve successfully developed and sold locally themed business and local Christmas Cards, general business material and wedding cards.

I was selected as a member of Club Artistes Auto in March 2011, the year also resulted in a successful local solo art exhibition, David’s highest annual volume of sales, motoring and local scene calendars, together with a prestigious Christmas commission from Jaguar Land Rover Switzerland.

All Work by David Purvis