Unique in every way...
f you're looking for something unique, look no further than these fantastic new pieces recently added to AstonArt.

Using genuine Aston parts as a foundation, the results are undoubtedly unique. With more in the pipeline, it will be interesting to see precisely where this project goes from here.

A series of around 15 paintings and sketches will be created featuring the early pre-war cars through to the famous DB4, DB5, & DB6 and on to the modern super-car era.

Limited edition prints of each painting will also be available from our dedicated art website: astonart.com

The first paintings have now been completed and an exhibition entitled “Precious Metals” will take place at Aston Workshop between 5-17th October with a preview evening on the 4th by invitation only.

New Aston Art Prints by Tim Wallace
A fantastic selection of new prints are now available to Aston Art from probably the most renowned and best known commercial car and automotive photographer, Tim Wallace.
The new 2013 prints include stunning photographs that range from the 2 Litre Sports created way back in the 40s to the latest Aston Martin Rapide, celebrating 100 years of some of the Worlds most recognisable and iconic cars. 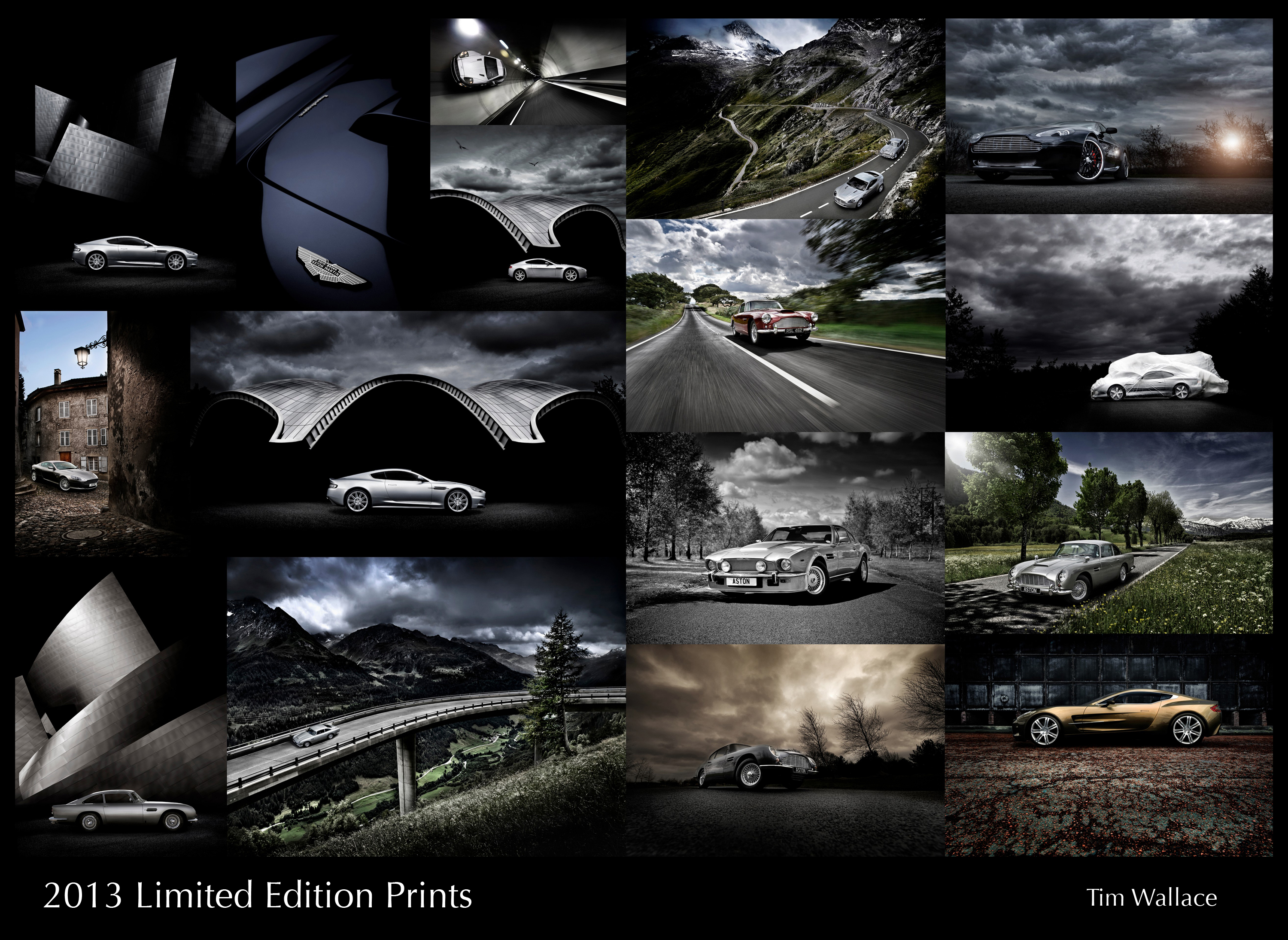 Mike Harbar is passionate about cars and drawing them, he works as a freelance car illustrator with over 200 very satisfied customers world-wide, producing commissioned artwork for magazines, car specialists, club events and private enthusiasts. His prints are available from AstonArt.com in Black and White or you can have them personalised with your chosen colour and number plate.

We would also like to introduce Dennis Hoyt, whose wood sculptures are amazingly lifelike...from concept to production. The intricacy of each piece is unmatched, creating visually stunning and one of a kind wooden masterpieces, that are sure to be an eye catching conversation piece.

As well as the new artists we still have a great selection of prints from award winning photographer Tim Wallace. Look out for several new additions in the New Year including the 2013 Calendar shots! 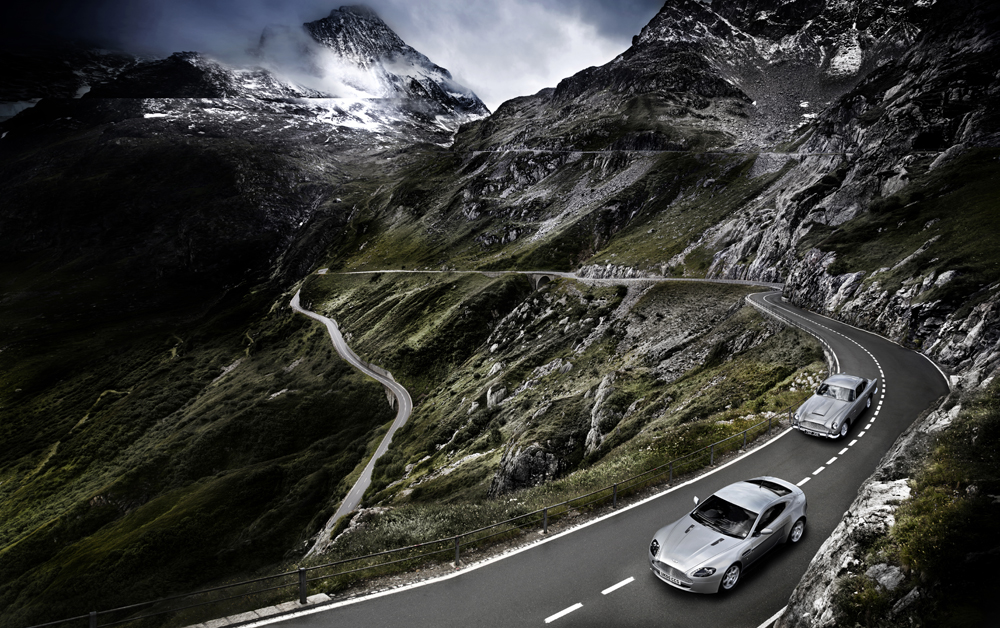 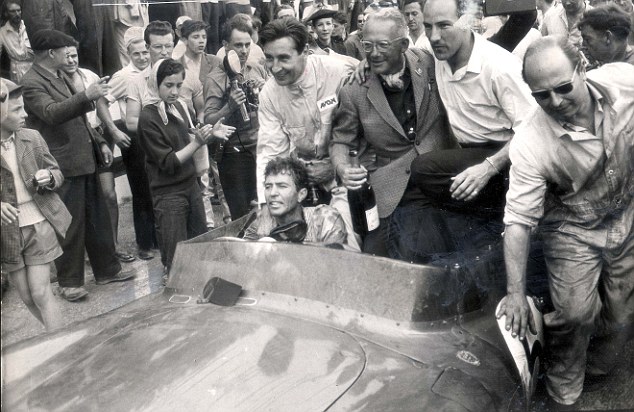 You can enhance perfection
We are all very excited about the launch of our new “Aston Enhancements” website. The site provides an interactive and illustrated guide to the many modifications Aston Workshop can offer the owners of classic Aston Martins.

As a company, we are constantly looking for ways to improve the safety, performance and comfort of these beautiful cars without compromising the integrity of the Aston Martin name.

This new site outlines most of the upgrades available today, with new developments to be added as they are introduced.

Not only is the site a great resource for those looking to improve their Aston, but it also happens to be one of the best looking sites we've produced to date, with some fantastic images from Tim Wallace. 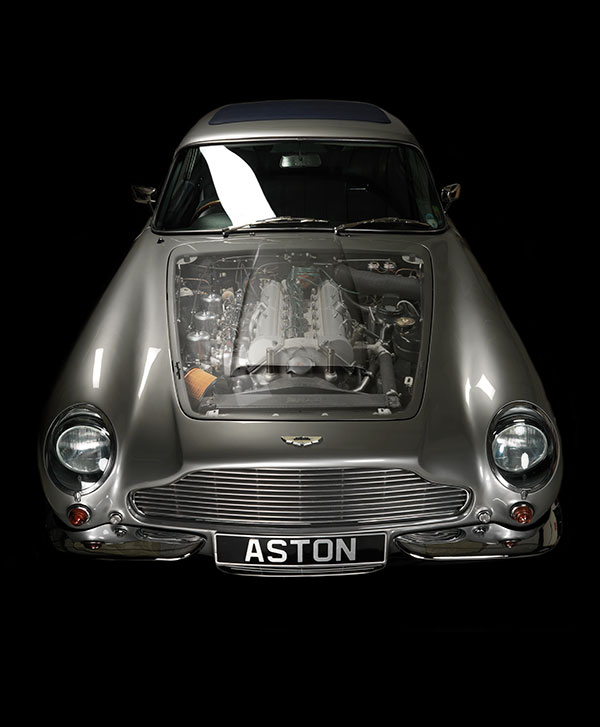 New Aston Martin V12 Roadster - WOW!
Aston Martin is lifting the lid on an extreme new sports car with the global debut of the V12 Vantage Roadster.
The new sports car, available as a limited edition in selected markets worldwide, immediately becomes the most potent example of the open-top Vantage range and mixes the breath-taking power of Aston Martin’s naturally aspirated 6.0-litre V12 engine with the established thrills of Vantage Roadster driving for what is an unforgettable sports car experience.
The V12 Vantage Roadster’s 6.0-litre engine, mated as in the Coupe to a six-speed manual gearbox, generates 517 PS at 6,500 rpm and a muscular 570 Nm of torque at 5,750 rpm. It has been intelligently packaged into the Vantage Roadster’s compact form to fully exploit the sports-orientated model’s ample natural agility.
The naturally-aspirated V12 provides high levels of power and torque yet it delivers a flexible, refined driving experience illuminated with the potential for truly electrifying performance. The 0-62 mph sprint is dispatched in just 4.5 seconds while this most potent Aston Martin Roadster is capable of 190 mph.

Great new prints available now
A fantastic selection of new prints are now available. These represent some of the finest shots yet from esteemed lensman, Tim Wallace.

They include stunning photographs of the iconic Aston Martin DBR2 racer as well as some very interesting DB5 detail shots. 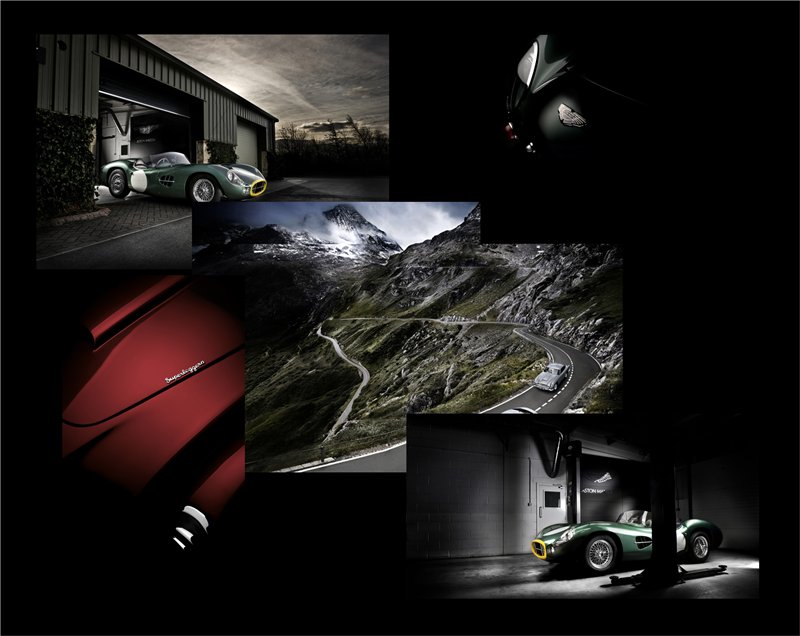 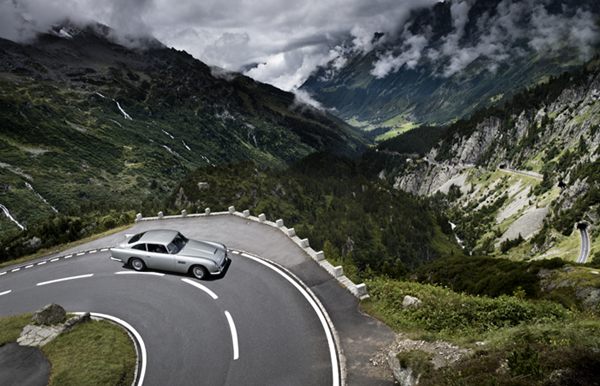